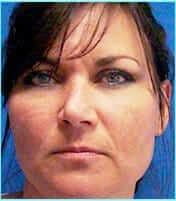 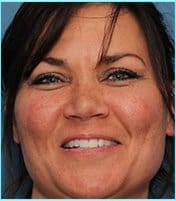 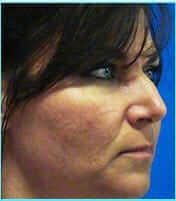 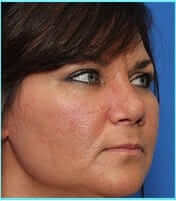 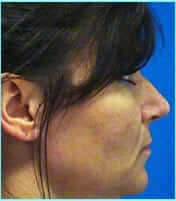 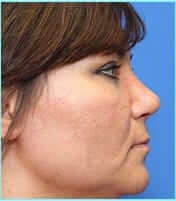 Let’s assume that the procedure in question involves the entirety of the nose, and not just the tip. With that in mind, here is a typical course after nose surgery.

Firstly, two weeks before surgery, all medications that may cause bleeding and delay clotting should be stopped with the approval of your primary care doctor if prescribed. Over-the-counter substances like Omega Fatty Acids, Vitamin E, aspirin, and aspirin-like products (ibuprofen, or naproxen) will cause bleeding during, and after surgery and can compromise results.

Immediately after surgery you will have a moustache dressing, either internal packing or an internal nasal splint an external splint. You will have swelling, pain, and tenderness, and gradually worsening periorbital ecchymosis (bruising about the eyes).

The first week prior to nose surgery:

The moustache dressing is so called because it is placed where a moustache would go and is simply a folded gauze placed under the nose and taped to the cheeks to catch any blood and/or nasal drip. It generally comes off within 6-24 hours after surgery.

You will sleep in a recliner, or with your back propped up on several pillows, on your back to minimize the chances for external splint shift and/or nasal bone displacement. This also helps decrease swelling. Patients generally require 2-3 days of pain medication to control the initial acute postoperative pain as well as anti-nausea medication. Forceful sneezing and nose blowing should be avoided for at least two weeks, not only does this predispose to the risk of infection, but can also disturb the delicate framework of the reshaped nose. Drinking is to be avoided for the next two weeks, sports, especially contact sports, densely packed public places like bars, concerts, should be avoided for the first six weeks. Trauma in the immediate postoperative period can cause bone imperfections, bleeding, scarring, and tip displacement. Smoking is a big no-no, especially in the open approach and can lead to loss of parts of the nasal tip. Direct application of ice to the nasal tip is to be avoided. Cool packs to the cheeks may be used in the first 24 to 49 hours. Overall, this is toughest part of rhinoplasty-recovery.