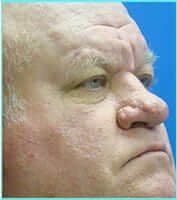 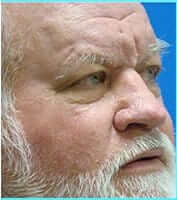 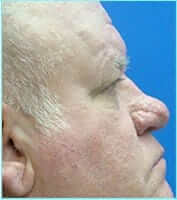 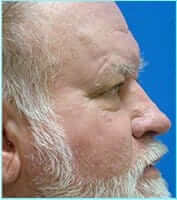 Rhinophyma is a skin disorder that is usually from a part of rosacea. It is actually classified as part of suptype 3 of rosacea. Rhinophyma can be recognized by a red, large, bumpy nose that forms gradually over several years. The cause exactly, is unknown at this point by doctors. However, they do know that rhinophyma is more commonly found in men that are between the ages of 50 and 70 years. It is also believed that it can be the result of untreated or under treated rosacea.

Some of the common symptoms to look for to identify Rhinophyma are: