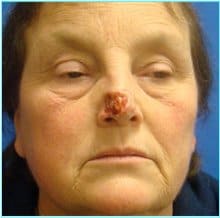 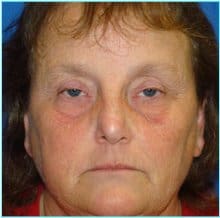 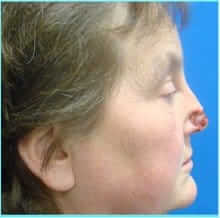 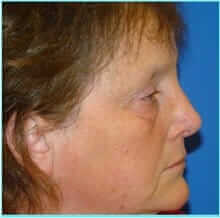 In this nose reconstruction operation a reconstructive surgeon uses skin from the forehead above the eyebrow and pivots it vertically to replace missing nasal tissue.

Ideally, standardized semistructered interviews are used to assess aesthetic outcome after nasal reconstruction. Studies using these interviews showed that generally patients are very satisfied with the result although they reported aggravating of their nasal appearance compared to before surgery. Patients were especially satisfied with flap color match and shape of the nasal tip. Remarkably, patients scored subjective aesthetic outcome significantly higher compared to a professional panel.